An excellent, but shameless, League of Legends clone 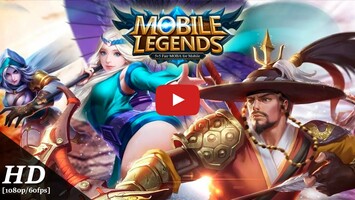 Advertisement
MOBA style games are definitely becoming a trend, however, there still hasn't been a decent game for smartphones within this sub-genre, and certainly not one that could ever come close to rivaling DOTA 2 or League of Legends. That being said, Mobile Legends has come up with a shameless but equally fun League of Legends clone with multi-player online gaming; and it should be said that it is up to par with its PC counterparts.

The game lets you clash with up to 5 vs 5 players using tactical controls on your screen. It's up to you to wipe out enemy fortifications while controlling your hero and improving your own terrain. You'll also need to manage creating and training your minions.

Mobile Legends is a Free-to-Play game, and luckily, it's monetization system is limited to aesthetic upgrades, which is why the real potential here is left unspoiled and laid visible on the battleground where victory will only be yours if you're a truly skilled player, not by buying your way up. As you continue to play, you'll get to unlock new heroes and get experience in your specialization to gain new ground on international ranking boards.
Reviewed by Andrés López Translated by Jessica
The most played MOBAs on Android

If there's one genre that's managed to bring eSports games to the level they're at today, without question it's MOBAs (sorry, Battle Royales, we still love you). With League of Legends and DOTA 2 at the forefront, this sub-genre has endured since our PC gaming days and shows no signs of running out of steam. Developers have even tried to take it to other platforms, with variable success. In the case of Android, few games have managed to create even a remotely decent experience for touchscreen devices. There are a few good ones, though. This is our selection of the most successful MOBAs available on Android.
See more

In Android anything goes, including low blows like shameless copies of successful commercial video games. There practically isn't a single PC title without a veiled 'homage' on mobile devices. That said, after separating the good from the bad, there are many interesting titles beyond those that seem to dip into copyright infringement.
See more

its useless..i played for long but now i only get noob teammates.i waited but it happens all the time .Dont download You will only make yourself angry

Clash of Clans
Crush enemies and lead your clan to glory
Car Parking Multiplayer
Drive around an extensive map for a realistic parking experience
Scary Teacher 3D
Escape the terrifying teacher!
Clash Royale
Clash of Clans characters face off in epic duels
Bus Simulator Indonesia
Drive a bus through Indonesia with this simulator
Vegas Crime Simulator
Try not to get caught breaking the law!
Solar Smash
Launch attacks on these planets and destroy them all
Stick War: Legacy
Fight a stick-figure war
Advertisement